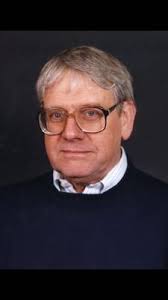 This post was prompted by Tom Hartley, who asked if I would be willing to feature an interview with Alan Baddeley on my blog.  This was excellent timing, as I'd just received a copy of Working Memories from Alan, and had planned to take it on holiday with me. It proved to be a fascinating read. Tom's interview, which you can find here, gives a taster of the content.

The book was of particular interest to me, as Alan played a big role in my career by appointing me to a post I held at the MRC Applied Psychology Unit (APU) from 1991 to 1998, and so I'm familiar with many of the characters and the ideas that he talks about in the book. His work covered a huge range of topics and collaborations, and the book, written at the age of 84, works both as a history of cognitive psychology and as a scientific autobiography.

Younger readers may be encouraged to hear that Alan's early attempts at a career were not very successful, and his career took off only after a harrowing period as a hospital porter and a schoolteacher, followed by a post at the Burden Neurological Institute, studying the effects of alcohol, where his funds were abruptly cut off because of a dispute between his boss and another senior figure. He was relieved to be offered a place at the MRC Applied Psychology Unit (APU) in Cambridge, eventually doing a doctorate there under the supervision of Conrad (whose life I wrote about here), experimenting on memory skills in sailors and postmen.

I had known that Alan's work covered a wide range of areas, but was still surprised to find just how broad his interests were. In particular, I was aware he had done work on memory in divers, but had thought that was just a minor aspect of his interests. That was quite wrong: this was Alan's main research interest over a period of years, where he did a series of studies to determine how far factors like cold, anxiety and air quality during deep dives affected reasoning and memory: questions of considerable interest to the Royal Navy among others.

After periods working at the Universities of Sussex and Stirling, Alan was appointed in 1974 as Director of the MRC APU, where he had a long and distinguished career until his formal retirement in 1995. Under his direction, the Unit flourished, pursuing a much wider range of research, with strong external links. Alan enjoyed working with others, and had collaborations around the world.  After leaving Cambridge,  he took up a research chair at the University of Bristol, before settling at the University of York, where he is currently based.

I was particularly interested in Alan's thoughts on applied versus theoretical research. The original  APU was a kind of institution that I think no longer exists: the staff were expected to apply their research skills to address questions that outside agencies, especially government, were concerned with. The earliest work was focused on topics of importance during wartime: e.g., how could vigilance be maintained by radar operators, who had the tedious task of monitoring a screen for rare but important events. Subsequently, unit staff were concerned with issues affecting efficiency of government operations during peacetime: how could postcodes be designed to be memorable? Was it safe to use a mobile phone while driving? Did lead affect children's cognitive development?  These days, applied problems are often seen as relatively pedestrian, but it is clear that if you take highly intelligent researchers with good experimental skills and pose them this kind of challenge, the work that ensues will not only answer the question, but may also lead to broader theoretical insights.

Although Alan's research included some work with neurological patients, he would definitely call himself a cognitive psychologist, and not a neuroscientist. He notes that his initial enthusiasm for functional brain imaging died down after finding that effects of interest were seldom clearcut and often failed to replicate. His own experimental approaches to evaluate aspects of memory and cognition seemed to throw more light than neuroimaging on deficits experienced by patients.

The book is strongly recommended for anyone interested in the history of psychology. As with all of Alan's writing, it is immensely readable because of his practice of writing books by dictation as he goes on long country walks: this makes for a direct and engaging style. His reflections on the 'cognitive revolution' and its impact on psychology are highly relevant for today's psychologists. As Alan says in the interview "... It's important to know where our ideas come from. It's all too tempting to think that whatever happened in the last two or three years is the cutting edge and that's all you need to know. In fact, it's probably the crest of a breaking wave and what you need to know is where that wave came from."