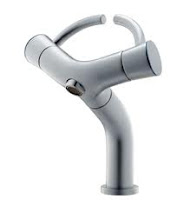 The devaluation of low-cost psychological research

Psychology encompasses a wide range of subject areas, including social, clinical and developmental psychology, cognitive psychology and neuroscience. The costs of doing different types of psychology vary hugely. If you just want to see how people remember different types of material, for instance, or test children's understanding of numerosity, this can be done at very little cost. For most of the psychology I did as an undergraduate, data collection did not involve complex equipment, and data analysis was pretty straightforward - certainly well within the capabilities of a modern desktop computer. The main cost for a research proposal in this area would be for staff to do data collection and analysis. Neuroscience, however, is a different matter. Most kinds of brain imaging require not only expensive equipment, but also a building to house it and staff to maintain it, and all or part of these costs will be passed on to researchers. Furthermore, data analysis is usually highly technical and complex, and can take weeks, or even months, rather than hours. A project that involves neuroimaging will typically cost orders of magnitude more than other kinds of psychological research.
In academic research, money follows money. This is quite explicit in funding systems that reward an institution in proportion to their research income. This makes sense: an institution that is doing costly research needs funding to support the infrastructure for that research. The problem is that the money, rather than the research, can become the indicator of success. Hiring committees will scrutinise CVs for evidence of ability to bring in large grants. My guess is that, if choosing between one candidate with strong publications and modest grant income vs. another with less influential publications and large grant income, many would favour the latter. Universities, after all, have to survive in a tough financial climate, and so we are all exhorted to go after large grants to help shore up our institution's income. Some Universities have even taken to firing people who don't bring in the expected income. This means that cheap cost-effective research in traditional psychological areas will be devalued relative to more expensive neuroimaging.
I have no quarrel, in principle, with psychologists doing neuroimaging studies - some of my best friends are neuroimagers -  and it is important that if good science is to be done in this area that it should be properly funded. I am uneasy, though, about an unintended consequence of the enthusiasm for neuroimaging, which is that it has led to a devaluation of the other kinds of psychological research. I've been reading Thinking Fast and Slow, by Daniel Kahneman, a psychologist who has the rare distinction of being a Nobel Laureate. This is just one example of a psychologist who has made major advances without using brain scanners. I couldn't help thinking that Kahneman would not fare well in the current academic climate, because his experiments were simple, elegant ... and inexpensive.
I've suggested previously that systems of academic rewards need to be rejigged to take into account not just research income and publication outputs, but the relationship between the two. Of course, some kinds of research require big bucks, but large-scale grants are not always cost-effective. And on the other side of the coin, there are people who do excellent, influential work on a small budget.
I thought I'd see if it might be possible to get some hard data on how this works in practice. I used data for Psychology Departments from the last Research Assessment Exercise (RAE), from this website, and matched this up against citation counts for publications that came out in the same time period (2000-2007) from Web of Knowledge. The latter is a bit tricky, and I'm aware that figures may contain inaccuracies, as I had to search by address, using the name of the institution coupled with the words Psychology and UK. This will miss articles that don't have these words in the address. Also when double-checking the numbers, I  found that for a search by address, results can fluctuate from one occasion to the next. For these reasons, I'd urge readers to treat the results with caution, and I won't refer to institutions by name. Note too that though I restrict consideration to articles between 2000-2007, the citations extend beyond the period when the RAE was completed. Web of Knowledge helpfully gives you an H-index for the institution if you ask for a citation report, and this is what I report here, as it is more stable across repeated searches than the citation count. Figure 1 shows how research income for a department relates to its H-index, just for those institutions deemed research active, which I defined as having a research income of at least £500K over the reporting period. The overall RAE rating is colour-coded into bandings, and the symbol denotes whether or not the departmental submission mentions neuroimaging as an important part of its work.

Several features are seen in these data, and most are unsurprising:
A point of concern to me in these data, though, is the wide spread in H-index seen for those institutions with the highest levels of grant income. If these numbers are accurate, some departments are using their substantial income to do influential work, while others seem to achieve no more than other departments with much less funding. There may be reasonable explanations for this - for instance, a large tranche of funding may have been awarded in the RAE period but not had time to percolate through to publications. But nevertheless, it adds to my concern that we may be rewarding those who chase big grants without paying sufficient attention to what they do with the funding when they get it.
What, if anything, should we do about this? I've toyed in the past with the idea of a cost-efficiency metric (e.g. citations divided by grant income), but this would not work as a basis for allocating funds, because some types of research are intrinsically more expensive than others. In addition, it is difficult to get research funding, and success in this arena is in itself an indicator that the researchers have impressed a tough committee of their peers. So, yes, it makes sense to treat level of research funding as one indicator of an institution's research excellence when rating departments to determine who gets funding. My argument is simply that we should be aware of the unintended consequences if we rely too heavily on this metric. It would be nice to see some kind of indicator of cost-effectiveness included in ratings of departments alongside the more traditional metrics. In times of financial stringency, it is particularly short-sighted to discount the contribution of researchers who are able to do influential work with relatively scant resources.

Communicating science in the age of the internet