Which neuroimaging measures are useful for individual differences research?

A neuroimaging measure is potentially useful for individual differences research if variation between people is substantially greater than variation within the same person tested on different occasions. This means that we need to know about the reliability of our measures, before launching into studies of individual differences.
High reliability is not sufficient to ensure a good measure, but it is necessary.

We can see immediately one problem with Test B: the distribution of scores is bunched tightly, so it doesn’t capture individual variation very well. Test C, which has the greatest spread of scores, might seem the most suitable for detecting individual variation. But spread of scores, while important, is not the only test attribute to consider. We also need to consider whether the measure assesses a stable individual difference, or whether it is influenced by random or systematic factors that are not part of what we want to measure.

There is a huge literature addressing this issue, starting with Francis Galton in the 19th century, with major statistical advances in the 1950s and 1960s (see review by Wasserman & Bracken, 2003). The classical view treats test scores as a compound, with a ‘true score’ part, plus an ‘error’ part. We want a measure that minimises the impact of random or systematic error.

If there is a big influence of random error, then the test score is likely to change from one occasion to the next. Suppose we measure the same children on two occasions a month apart on three new three tests, and then plot scores on time 1 vs time 2. (To simplify this example, we assume that all three tests have the same normal distribution of scores - the same as for test A in Figure 1, and there is an average gain of 10 points from time 1 to time 2).

We can see that Test F is not very reliable: although there is a significant association between the scores on two test occasions, individual children can show remarkable changes from time to time. If our goal is to measure a reasonably stable attribute of the person, then Test F is clearly not suitable. aov
Just because a test is reliable, it does not mean it is valid. But if it is not reliable, then it won’t be valid. This is illustrated by this nice figure from https://explorable.com/research-methodology:
.

What about change scores?

Sometimes we explicitly want to measure change: for instance, we may be more interested in how quickly a child learns vocabulary, rather than how much they know at some specific point in time. Surely, then, we don’t want a stable measure, as it would not identify the change? Wouldn’t test F be better than D or E for this purpose?

Unfortunately, the logic here is flawed. It’s certainly possible that people may vary in how much they change from time to time, but if our interest is in change, then what we want is a reliable measure of change. There has been considerable debate in the psychological literature as to how best to establish the reliability of a change measure, but the key point is that you can find substantial change in test scores that is meaningless, and that the likelihood of it being meaningless is substantial if the underlying measure is unreliable. The data in Figure 2 were simulated by assuming that all children changed by the same amount from Time 1 to Time 2, but that tests varied in how much random error was incorporated in the test score. If you want to interpret a change score as meaningful, then the onus is on you to convince others that you are not just measuring random error.

What does this have to do with neuroimaging?

My concern with the neuroimaging literature, is that measures from functional or structural imaging are often used to measure individual differences, but it is rare to find any mention of reliability of those measures. In most cases, we simply don’t have any data on repeated testing using the same measures - or if we do, the sample size is too small, or too selected, to give a meaningful estimate of reliability. Such data as we have don’t inspire confidence that brain measurements achieve high level of reliability that is aimed for in psychometric tests. This does not mean that these measures are not useful, but it does make them unsuited for the study of individual differences.

I hesitated about blogging on this topic, because nothing I am saying here is new: the importance of reliability has been established in the literature on measurement theory since 1950. Yet, when different subject areas evolve independently, it seems that methodological practices that are seen as crucial in one discipline can be overlooked in another that is rediscovering the same issues but with different metrics.

There are signs that things are changing, and we are seeing a welcome trend for neuroscientists to start taking reliability seriously. I started thinking about blogging on this topic just a couple of weeks ago after seeing some high-profile papers that exemplified the problems in this area, but in that period, there have also been some nice studies that are starting to provide information on reliability of neuroscience measures. This might seem like relatively dull science to many, but to my mind it is a key step towards incorporating neuroscience in the study of individual differences. As I commented on Twitter recently, my view is that anyone who wants to using a neuroimaging measure as an endophenotype should first be required to establish that it has adequate reliability for that purpose.

Note: Post updated on 17th June 2017 because figures from R Markdown html were not displaying correctly on all platforms.
Posted by deevybee at 15:03 1 comment:

Reproducible practices are the future for early career researchers 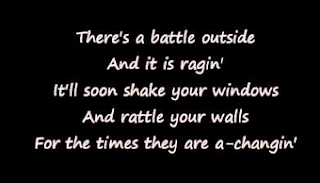