Those of you who follow this blog may have noticed a lack of thematic coherence. I write about whatever is exercising my mind at the time, which can range from technical aspects of statistics to the design of bathroom taps. I decided it might be helpful to introduce a bit of order into this chaotic melange, so here is a catalogue of posts by topic.


Developmental disorders/paediatrics
The hidden cost of neglected tropical diseases (25 Nov 2010) The National Children's Study: a view from across the pond (25 Jun 2011) The kids are all right in daycare (14 Sep 2011) Moderate drinking in pregnancy: toxic or benign? (21 Nov 2012) Changing the landscape of psychiatric research (11 May 2014) The sinister side of French psychoanalysis revealed (15 Oct 2019)


Reproducibility
Accentuate the negative (26 Oct 2011) Novelty, interest and replicability (19 Jan 2012) High-impact journals: where newsworthiness trumps methodology (10 Mar 2013) Who's afraid of open data? (15 Nov 2015) Blogging as post-publication peer review (21 Mar 2013) Research fraud: More scrutiny by administrators is not the answer (17 Jun 2013) Pressures against cumulative research (9 Jan 2014) Why does so much research go unpublished? (12 Jan 2014) Replication and reputation: Whose career matters? (29 Aug 2014) Open code: note just data and publications (6 Dec 2015) Why researchers need to understand poker ( 26 Jan 2016) Reproducibility crisis in psychology ( 5 Mar 2016) Further benefit of registered reports ( 22 Mar 2016) Would paying by results improve reproducibility? ( 7 May 2016) Serendipitous findings in psychology ( 29 May 2016) Thoughts on the Statcheck project ( 3 Sep 2016) When is a replication not a replication? (16 Dec 2016) Reproducible practices are the future for early career researchers (1 May 2017) Which neuroimaging measures are useful for individual differences research? (28 May 2017) Prospecting for kryptonite: the value of null results (17 Jun 2017) Pre-registration or replication: the need for new standards in neurogenetic studies (1 Oct 2017) Citing the research literature: the distorting lens of memory (17 Oct 2017) Reproducibility and phonics: necessary but not sufficient (27 Nov 2017) Improving reproducibility: the future is with the young (9 Feb 2018) Sowing seeds of doubt: how Gilbert et al's critique of the reproducibility project has played out (27 May 2018) Preprint publication as karaoke ( 26 Jun 2018) Standing on the shoulders of giants, or slithering around on jellyfish: Why reviews need to be systematic ( 20 Jul 2018) Matlab vs open source: costs and benefits to scientists and society ( 20 Aug 2018) Responding to the replication crisis: reflections on Metascience 2019 (15 Sep 2019) Manipulated images: hiding in plain sight (13 May 2020) Frogs or termites: gunshot or cumulative science? ( 6 Jun 2020) Open data: We know what's needed - now let's make it happen (27 Mar 2021)


Celebrity scientists/quackery
Three ways to improve cognitive test scores without intervention (14 Aug 2010) What does it take to become a Fellow of the RSM? (24 Jul 2011) An open letter to Baroness Susan Greenfield (4 Aug 2011) Susan Greenfield and autistic spectrum disorder: was she misrepresented? (12 Aug 2011) How to become a celebrity scientific expert (12 Sep 2011) The kids are all right in daycare (14 Sep 2011)  The weird world of US ethics regulation (25 Nov 2011) Pioneering treatment or quackery? How to decide (4 Dec 2011) Psychoanalytic treatment for autism: Interviews with French analysts (23 Jan 2012) Neuroscientific interventions for dyslexia: red flags (24 Feb 2012) Why most scientists don't take Susan Greenfield seriously (26 Sept 2014) NeuroPointDX's blood test for Autism Spectrum Disorder ( 12 Jan 2019) 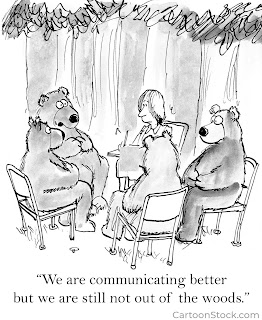 If you're a scientist reading this, you may well think, as I used to, that running a Science Media Centre (SMC) would be a worthy but rather dull existence. Surely, it's just a case of getting scientists to explain things clearly in non-technical language to journalists. The fact that the SMC was created in part as a response to the damaging debacle of the MMR scandal might suggest that it would be a straightforward job of providing journalists with input from experts rather than mavericks, and helping them distinguish between the two.

I now know it's not like that, after being on the Science Media Centre's panel of experts for many years, and having also served on their advisory committee for a few of them. The reality is described in this book by SMC's Director, Fiona Fox, and it's riveting stuff.

In part this is because no science story is simple. People will disagree about the quality of the science, the meaning of the results, and the practical implications. Topics such as climate change, chronic fatigue syndrome/ME and therapeutic cloning elicit highly charged responses from those who are affected by the science. More recently, we have found that when a pandemic descends upon the world, some of the bitterest disagreements are not between scientists and the media, but between well-respected, expert scientists. The idea that scientists can hand down tablets of stone inscribed with the truth to the media is a fiction that is clearly exposed in this book.

Essentially, the SMC might be seen as acting like a therapist in the midst of a seriously dysfunctional family where everyone misunderstands everyone else, and everyone wants different things out of life. On the one hand we have the scientists. They get frustrated because they feel they should be able to make exciting new discoveries, with the media then helping communicate these to the world. Instead, they complain that the media has two responses: either they're not interested in the science, or they want to sensationalise it. If you find a mild impact of grains on sexual behaviour in rats, you'll find it translated into the headline 'Cornflakes make you impotent'.

On the other hand, we have the media. They want a good story, but find that the scientists are reluctant to talk to them, or want total control of how the story is presented. In the worst case, scientists are prima donnas who want days or weeks to prepare for a media interview and will then shower the journalist with detailed information that is incomprehensible, irrelevant, or both. When the public desperately needs a clear, simple message, the scientists will refuse to deliver it, hedging every statement.

Fox has worked over the years to challenge these stereotypes: journalists do want a good story, but the serious science journalists want a true story, and are glad of the opportunity to pose questions directly to scientists. And many scientists do a fantastic job of explaining their subject matter to a non-specialist audience. In the varied chapters of the book, Fox is an irrepressible optimist, who keeps coming back to the importance of having scientists communicating directly with the media. Her optimism is not founded in ignorance: she knows exactly how messy and complicated science can be. But she persists in believing that more good is done by communicating what we know, warts and all, rather than pretending that uncertainties and disagreements do not exist.

The role of the SMC is, however, complicated by further factions. The dramatis personae includes two other groups. First, there are science press officers, who are appointed by institutions to help scientists promote their work, and then there are government officials and civil servants, who are concerned with policy implications of science.

In her penultimate chapter, Fox bemoans the fact that the traditional press officer - passionate about science and viewing themselves as "purveyors of truth and accuracy" - is a dying breed. There remain notable exceptions, but all too often science communication has become conflated with a public relations role: pushing a corporate message, defending the institutional reputation, and even using scientific discoveries as a marketing tool. Fox notes a 2014 survey of exaggerated science reports in the media that concluded: "Exaggeration in news is strongly associated with exaggeration in press releases." I had been one of those scientists who thought the media were mostly to blame for over-hyped science reporting, but this study showed that journalists are often recycling exaggerated accounts handed to them by those speaking for the scientists.

But the problems posed by scientists, journalists and press officers are trivial compared to the obstacles created by those involved in policy. They want to use science when convenient, but also want to exert control over which aspects of science policy gets talked about. Scientists working for government-funded organisations are often muzzled, with explicit instructions not to talk to the media. One can see that this cautious approach, attempting to control the message and keep things simple, puts many civil servants and government scientists on a collision course with Fox, whose view is: "Explaining preliminary and contradictory science is messy: that should not be seen as a failure of communications".

A refreshing aspect of Fox's account is that she does not brush aside the occasions when the SMC - or she personally - may have handled a situation badly. Of course, it's easy to point the finger of blame when something does go horribly wrong, and Fox has come under fire on many occasions. Rather than being defensive, she accepts that things might have been done differently, while at the same time explaining the logic of the decisions that were taken. This is in line with my memories of meetings of the SMC advisory committee, where there were frequent post mortems - "this is how we handled it; this is how it turned out; should we have done it differently?" - with frank discussions from the committee members. When you are working in contentious areas where things are bound to blow up every now and again, this is a sensible strategy that helps the organisation learn and develop. I'm glad that after 20 years, the ethos of the SMC is still very much on the side of open, transparent communication between scientists and the media.

Fox, Fiona (2022) Beyond the Hype: The Inside Story of Science's Biggest Media Controversies. London: Elliott and Thompson Ltd.

Posted by deevybee at 11:33 No comments: