How to survive on Twitter – a simple rule to reduce stress 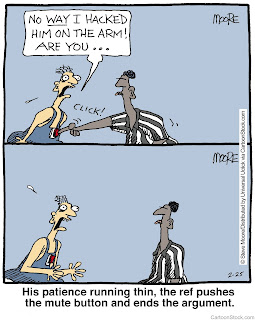 In recent weeks, I’ve seen tweets from a handful of people I follow saying they are thinking of giving up Twitter because it has become so negative. Of course they are entitled to do so, and they may find that it frees up time and mental space that could be better used for other things. The problem, though, is that I detect a sense of regret. And this is appropriate because Twitter, used judiciously, has great potential for good.

For me as an academic, the benefits include:
·      Finding out about latest papers and other developments relevant to my work
·      Discovering new people with interesting points of view – often these aren’t eminent or well-known and I’d never have come across them if I hadn’t been on social media
·      Being able to ask for advice from experts – sometimes getting a remarkably quick and relevant response
·      Being able to interact with non-academics who are interested in the same stuff as me
·      Getting a much better sense of the diversity of views in the broader community about topics I take for granted – this often influences how I go about public engagement
·      Having fun – there are lots of witty people who brighten my day with their tweets

The bad side, of course, is that some people say things on Twitter that they would not dream of saying to your face. They can be rude, abusive, and cruel, and sometimes mind-bogglingly impervious to reason. We now know that some of them are not even real people – they are just bots set up by those who want to sow discord among those with different political views. So how do we deal with that?

Well, I have a pretty simple rule that works for me, which is that if I find someone rude, obnoxious, irritating or tedious, I mute them. Muting differs from blocking in that the person doesn’t know they are muted. So they may continue hurling abuse or provocations at you, unaware that they are now screaming into the void.

A few years ago, when I first got into a situation where I was attacked by a group of unpleasant alt-right people (who I now realise were probably mostly bots), it didn’t feel right to ignore them, for three reasons:
·      First, they were publicly maligning me, and I felt I should defend myself.
·      Second, we’ve been told to beware the Twitter bubble. If we only interact on social media with those who are like-minded: it can create a totally false impression of what the world is like.
·      Third, walking away from an argument is not a thing a good academic does: we are trained experts in reasoned debate, and our whole instinct is to engage with those who disagree with us, examine what they say and make a counterargument.

But I soon learned that some people on social media don’t play by the rules of academic engagement. They are not sincere in their desire to discuss topics: they have a viewpoint that nothing will change, and they will use any method they can find to discredit an opponent. This includes ad hominem attacks, lying and wilful misrepresentation of what you say.  It's not cowardly to avoid these people: it's just a sensible reaction. So I now just mute anyone where I get a whiff of such behaviour – directed either towards me or anyone else.

The thing is, social media is so different from normal face-to-face interaction, that it needs different rules. Just imagine if you were sitting with friends at the pub, having a chat, and someone barged in and started shouting at you aggressively. Or someone sat down next to you, uninvited, and proceeded to drone on about a very boring topic, impervious to the impact they are having. People may have different ways of extricating themselves from these situations, but one thing you can be sure of: when you next go to the pub, you would not seek these individuals out and try to engage them in discussion.

So my rule boils down to this: Ask yourself, if I was talking to this person in the pub, would I want to prolong the interaction? Or, if there was a button that I could press to make them disappear, would I use it?  Well, on social media, there is such a button, and I recommend taking advantage of it.*

*I should make it clear that there are situations when a person is subject to such a volume of abuse that this isn’t going to be effective. Avoidance of Twitter for a while may be the only sensible option in such cases. My advice is intended for those who aren’t the centre of a vitriolic campaign, but who are turned off Twitter because of the stress it causes to observe or participate in hostile Twitter exchanges.