Flaky chocolate and the New England Journal of Medicine 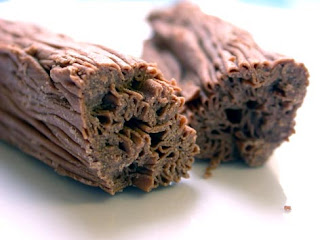 Early in October a weird story hit the media: a nation’s chocolate consumption is predictive of its number of Nobel prize-winners, after correcting for population size. This is the kind of kooky statistic that journalists  love, and the story made a splash. But was it serious? Most academics initially assumed not. The source of the story was the New England Journal of Medicine, an august publication with stringent standards, which triages a high proportion of submissions that don’t get sent out for review. (And don't try asking for an explanation of why you’ve been triaged). It seemed unlikely that a journal with such exacting standards would give space to a lightweight piece on chocolate. So the first thought was that the piece had been published to make a point about the dangers of assuming causation from correlation, or the inaccuracies that can result when a geographical region is used as the unit of analysis. But reading the article more carefully gave one pause. It did have a somewhat jocular tone. Yet if this was intended as a cautionary tale, we might have expected it to be accompanied by some serious discussion of the methodological and interpretive problems with this kind of analysis. Instead, beneficial effects of dietary flavanols was presented as the most plausible explanation of the findings.

The author, cardiologist Franz Messerli, did discuss the possibility of a non-causal explanation for the findings, only to dismiss it. He stated “as to a third hypothesis, it is difficult to identify a plausible common denominator that could possibly drive both chocolate consumption and the number of Nobel laureates over many years. Differences in socioeconomic status from country to country and geographic and climatic factors may play some role, but they fall short of fully explaining the close correlation observed.” And how do we know “they fall short?” Well, because the author, Dr Messerli, says so.

As is often the case, the blogosphere did a better job of critiquing the paper than the journal editors and reviewers (see, for instance, here and here). The failure to consider seriously the role of a third explanatory variable was widely commented on, but, as far as I am aware, nobody actually did the analysis that Messerli should have done. I therefore thought I'd give it a go. Messerli explained where he’d got his data from – a chocolatier’s website and Wikipedia – so it was fairly straightforward to reproduce them (with some minor differences due to missing data from one chocolate website that's gone offline). Wikipedia helpfully also provided data on gross domestic product (GDP) per head for different nations, and it was easy to find another site with data on proportion of GDP spend on education (except China, which has figures here). So I re-ran the analysis, computing the partial correlation between chocolate consumption and Nobel prizes after adjusting for spend per head on education. When education spend was partialled out, the correlation dropped from .73 to .41, just falling short of statistical significance.

Since Nobel laureates typically are awarded their prizes only after a long period of achievement, a more convincing test of the association would be based on data on both chocolate consumption and education spend from a few decades ago. I’ve got better things to do than to dig out the figures, but I suggest that Dr Messerli might find this a useful exercise.

Another point to note is that the mechanism proposed by Dr Messerli involves an impact of improved cardiovascular fitness on cognitive function. The number of Nobel laureates is not the measure one would pick if setting out to test this hypothesis. The topic of national differences in ability is a contentious and murky one, but it seemed worth looking at such data as are available on the web to see what the chocolate association looks like when a more direct measure is used. For the same 22 countries, the correlation between chocolate consumption and estimated average cognitive ability is nonsignificant at .24, falling to .13 when education spend is partialled out.

I did write a letter to the New England Journal of Medicine reporting the first of my analyses (all there was room for: they allow you 175 words), but, as expected, they weren't interested. "I am sorry that we will not be able to print your recent letter to the editor regarding the Messerli article of 18-Oct-2012." they wrote. "The space available for correspondence is very limited, and we must use our judgment to present a representative selection of the material received."

It took me all of 45 minutes to extract the data and run these analyses. So why didn’t Dr Messerli do this? And why did the NEJM editor allow him to get away with asserting that third variables “fall short” when it’s so easy to check it out? Could it be that in our celebrity-obsessed world, the journal editors think that there’s no such thing as bad publicity?