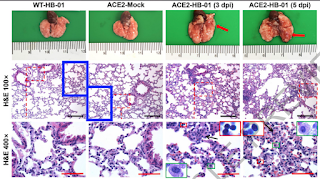 Many years ago, I took a taxi from Manchester Airport to my home in Didsbury. It’s a 10 minute drive, but the taxi driver took me on a roundabout route that was twice as long. I started to query this as we veered off course, and was given a rambling story about road closures. I paid the fare but took a note of his details. Next day, having confirmed that there were no road closures, I wrote to complain to Manchester City Council.  I was phoned up by a man from the council who cheerfully told me that this driver had a record of this kind of thing, but not to worry, he’d be made to refund me by sending me a postal order for the difference in correct fare and what I’d paid. He sounded quite triumphant about this, because, as he explained, it would be tedious for the driver to have to go to a Post Office.

What on earth does this have to do with manipulated images? Well, it’s a parable for what happens when scientists are found to have published papers in which images with crucial data have been manipulated. It seems that typically, when this is discovered, the only consequence for the scientists is that they are required to put things right. So, just as with the taxi driver, there is no incentive for honesty. If you get caught out, you can just make excuses (oh, I got the photos mixed up), and your paper might have a little correction added. This has been documented over and over again by Elisabeth Bik: you can hear a compelling interview with her on the Everything Hertz podcast here.

There are two things about this that I just don’t get. First, why do people take the risk? I work with data in the form of numbers rather than images, so I wonder if I missing something. If someone makes up numbers, that can be really hard to detect (though there are some sleuthing methods available). But if you publish a paper with manipulated images, the evidence of the fraud is right there for everyone to see. In practice, it was only when Bik appeared on the scene, with her amazing ability to spot manipulated images, that the scale of the problem became apparent (see note below). Nevertheless, I am baffled that scientists would leave such a trail of incriminating evidence in their publications, and not worry that at some future date, they’d be found out.

But I guess the answer to this first question is contained within the second: why isn’t image manipulation taken more seriously? It’s depressing to read how time after time, Bik has contacted journals to point out irregularities in published images only to be ignored. The minority of editors who do decide to act behave like Manchester City Council: the authors have to put the error right, but it seems there are no serious consequences. And meanwhile, like many whistleblowers, far from being thanked for cleaning up science, Elisabeth has suffered repeated assaults on her credibility and integrity from those she has offended.

This week I saw the latest tale in this saga: Bik tweeted about a paper published in Nature that was being taken seriously in relation to treatment for coronavirus. Something in me snapped and I felt it was time to speak out. Image manipulation is fraud. If authors are found to have done it, the paper should be retracted and they should be banned from publishing in that journal in future. I call on the ‘high impact’ journals such as Nature to lead the way in implementing such a policy. I’d like to see some sanctions from institutions and funders as well, but I’ve learned that issues like this need a prolonged campaign to achieve small goals.

I’d be the first to argue that scientists should not be punished for honest errors (see this paper, or free preprint version). It's important to recognise that we are all fallible and prone to make mistakes. I can see how it is possible that someone might mix up two images, for instance. But in many of the cases detected by Elisabeth, part of one image is photoshopped into another, and then resized or rotated. I can’t see how this can be blamed on honest error. The only defence that seems left for the PI is to blame a single rogue member of the lab. If someone they trust is cooking the data, an innocent PI could get implicated in fraud unwittingly. But the best way to avoid that is to have a lab culture in which honesty and integrity are valued above Nature papers. And we’ll only see such a culture become widespread if malpractice has consequences.

‘Hiding in Plain Sight’ is a book by Sarah Kendzior that covers overt criminality in the US political scene, which the author describes as ‘a transnational crime syndicate masquerading as a government’. The culture can be likened to that seen in some areas of high-stakes science. The people who manipulate figures don’t worry about getting found out, because they achieve fame and grants, with no apparent consequences, even when the fraud is detected.

Notes (14th May 2020)
1. Coincidentally, a profile of Elisabeth Bik appeared in Nature the same day as this blogpost https://www.nature.com/articles/d41586-020-01363-z
2. Correction: Both Elisabeth Bik and Boris Barbour (comment below) pointed out that she was not the first to investigate image manipulation: