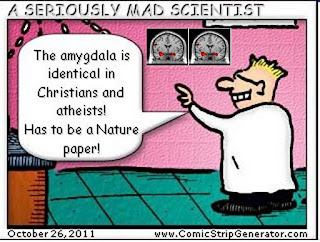 Suppose you run a study to compare two groups of children: say a dyslexic group and a control group. Your favourite theory predicts a difference in auditory perception, but you find no difference between the groups. What to do? You may feel a further study is needed: perhaps there were floor or ceiling effects that masked true differences. Maybe you need more participants to detect a small effect. But what if you can’t find flaws in the study and decide to publish the result? You’re likely to hit problems. Quite simply, null results are much harder to publish than positive findings. In effect, you are telling the world “Here’s an interesting theory that could explain dyslexia, but it’s wrong.” It’s not exactly an inspirational message, unless the theory is so prominent and well-accepted that the null finding is surprising. And if that is the case, then it’s unlikely that your single study is going to be convincing enough to topple the status quo. It has been recognised for years that this “file drawer problem” leads to distortion of the research literature, creating an impression that positive results are far more robust than they really are (Rosenthal, 1979).
The medical profession has become aware of the issue and it’s now becoming common practice for clinical trials to be registered before a study commences, and for journals to undertake to publish the results of methodologically strong studies regardless of outcome. In the past couple of years, two early-intervention studies with null results have been published, on autism (Green et al, 2010) and late talkers (Wake et al, 2011). Neither study creates a feel-good sensation: it’s disappointing that so much effort and good intentions failed to make a difference. But it’s important to know that, to avoid raising false hopes and wasting scarce resources on things that aren’t effective. Yet it’s unlikely that either study would have found space in a high-impact journal in the days before trial registration.
Registration can also exert an important influence in cases where conflict of interest or other factors make researchers reluctant to publish null results. For instance, in 2007, Cylharova et al published a study relating membrane fatty acid levels to dyslexia in adults. This research group has a particular interest in fatty acids and neurodevelopmental disabilities, and the senior author has written a book on this topic. The researchers argued that the balance of omega 3 and omega 6 fatty acids differed between dyslexics and non-dyslexics, and concluded: “To gain a more precise understanding of the effects of omega-3 HUFA treatment, the results of this study need to be confirmed by blood biochemical analysis before and after supplementation”. They further stated that a randomised controlled trial was underway. Yet four years later, no results have been published and requests for information about the findings are met with silence. If the trial had been registered, the authors would have been required to report the results, or explain why they could not do so.
Advance registration of research is not a feasible option for most areas of psychology, so what steps can we take to reduce publication bias? Many years ago a wise journal editor told me that publication decisions should be based on evaluation of just the Introduction and Methods sections of a paper: if an interesting hypothesis had been identified, and the methods were appropriate to test it, then the paper should be published, regardless of the results.
People often respond to this idea saying that it would just mean the literature would be full of boring stuff. But remember, I'm not suggesting that any old rubbish should get published: there has to be a good case for doing the study made in the Introduction, and the Methods have to be strong. Also, some kinds of boring results are important: miminally, publication of a null result may save some hapless graduate student from spending three years trying to demonstrate an effect that’s not there. Estimates of effect sizes in meta-analyses are compromised if only positive findings get reported. More seriously, if we are talking about research with clinical implications, then over-estimation of effects can lead to inappropriate interventions being adopted.
Things are slowly changing and it’s getting easier to publish null results. The advent of electronic journals has made a big difference because there is no longer such pressure on page space. The electronic journal PLOS One adopts a publication policy that is pretty close to that proposed by the wise editor: they state they will publish all papers that are technically sound. So my advice to those of you who have null data from well-designed experiments languishing in that file drawer: get your findings out there in the public domain.