When scientific communication is a one-way street 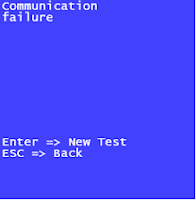 Together with some colleagues, I am reviewing a set of papers that combine genetic and neuroscience methods. We had noticed wide variation in methodological practices and thought it would be useful to evaluate the state of the field. Our ultimate aim of identifying both problems and instances of best practice, so that we could make some recommendations.

I had anticipated that there would be wide differences between studies in statistical approaches and completeness of reporting, but I had not realised just what a daunting task it would be to review a set of papers. We had initially planned to include 50 papers, but we had to prune it down to 30, on realising just how much time we would need to spend reading and re-reading each article, just to extract some key statistics for a summary.

In part the problem is the complexity that arises when you bring together two or more subject areas, each of which deals with complex, big datasets. I blogged recently about this. Another issue is incomplete reporting. Trying to find out whether the researchers followed a specific procedure can mean wading through pages of manuscript and supplementary material: if you don’t find it, you then worry that you may have missed it, and so you re-read it all again. The search for key details is not so much looking for a needle in a haystack as being presented with a haystack which may or may not have a needle in it.

I realised that it would make sense to contact authors of the papers we were including in the review, so I sent an email, copied to each first and last author, attaching a summary template of the details that had been extracted from their paper, and simply asking them to check if it was an accurate account. I realised everyone is busy and I did not anticipate an immediate response, but I suggested an end of month deadline, which gave people 3-4 weeks to reply. I then sent out a reminder a week before the deadline to those who had not replied, offering more time if needed.

Overall, the outcome was as follows:

I was rather disappointed that only half the authors ultimately gave us a useable response. Admittedly, the response rate is better than has been reported for people who request data from authors (see, e.g. Wicherts et al, 2011) – but providing data involves much more work than checking a summary. Our summary template was very short (effectively less than 20 details to check), and in only a minority of cases had we asked authors to provide specific information that we could not find in the paper, or confirmation of means/SDs that had been extracted from a digitised figure.

We are continuing to work on our analysis, and will aim to publish it regardless, but I remain curious about the reasons why so many authors were unwilling to do a simple check. It could just be pressure of work: we are all terribly busy and I can appreciate this kind of request might just seem a nuisance. Or are some authors really not interested in what people make of their paper, provided they get it published in a top journal?