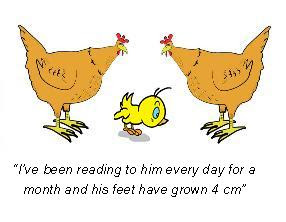 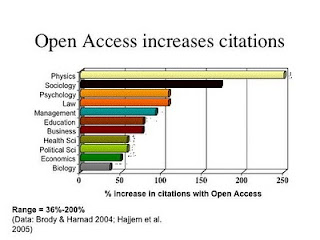 2. Younger researchers should be made aware that a sole focus on publishing in very high impact journals may be counter-productive. Rapid publication in an Open Access journals (many of which have perfectly respectable impact factors) may be more beneficial to ones career (http://openaccess.eprints.org/) because the work is widely accessible and so more likely to be cited. A further benefit of the PLOS journals, for instance, is that they don't impose strict length limits, so research can be properly described and put in context, rather than being restricted to the soundbite format required by very high impact journals.
3. Instead of using metrics based on grant income, those doing evaluations should use those based on efficiency, i.e. an input/output function. Two problems here: the lag in output is considerable, and the best metric for measuring output is unclear. The lag means it would be necessary to rely on track record, which can be problematic for those starting out in the field. Nevertheless, a move in this direction would at least encourage applicants and funders to think more about value for money, rather than maximising the size of a grant – a trend that has been exacerbated by Full Economic Costing (don't get me started on that). And it might make grant-holders and their bosses see the value of putting less time and energy into writing multiple proposals and more into getting a project done well, so that it will generate good outputs on a reasonable time scale.
4. The most radical suggestion is that we abandon formal institutional rankings (i.e. the successor to the RAE, the REF). I've been asking colleagues who were around before the RAE, what they think it achieved. The general view was that the first ever RAE was a useful exercise that exposed weaknesses in insitutions and individuals and got everyone to sharpen up their act. But the costs of subsequent RAEs (especially in terms of time) have not been justified by any benefit. I remember a speech given by Prof Colin Blakemore at the British Association for the Advancement of Science some years ago where he made this point, arguing that rankings changed rather little after the first exercise, and certainly not enough to justify the mammoth bureaucratic task involved. When I talk to people who have not known life without an RAE, they find it hard to imagine such a thing, but nobody has put forward a good argument that has convinced me it should be retained. I'd be interested to see what others think.
Posted by deevybee at 13:54 10 comments: