If a child has language problems, when would be the best age to intervene? At 18 months of age, when they’re just at the outset of learning language, or at five years, when they’re in school? Most people would say this is a no-brainer, with early intervention being preferred on two counts: 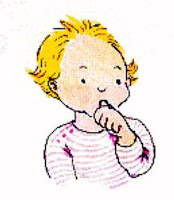 Currently, interest by policy-makers in early intervention has focussed mainly on children’s social and emotional outcomes, with a report by MP Graham Allen emphasising the benefits, not just for children’s outcomes, but also in economic terms. The argument is that by preventing problems from developing, we have the potential to save millions of pounds that would otherwise be spent in dealing with problems that manifest later in childhood.
The Allen report does not say much about children’s language development, but similar arguments are often made, and in some areas of the country, speech and language therapy services put most of their resources into intervention with preschoolers.
There is, however, a problem with early intervention that is easily overlooked, but which is well-documented in the case of children’s language problems. This is the phenomenon of the "late bloomer". Quite simply, the earlier you identify children’s language difficulties, the higher the proportion of cases will prove to be "false positives" who spontaneously move into the normal range without any intervention. We’ve known about this phenomenon for many years: For instance, a study conducted by Fischel et al in 1989 followed 26 two-year-olds recruited because their parents reported that they understood complete sentences but could say only a few words. Five months after initial assessment, one third still had problems, one third had made some improvement, and one third were in the normal range. Another study by Thal et al in 1991 followed ten children who scored in the bottom 10% for expressive vocabulary at the age of 18 to 29 months. One year after initial assessment, six had caught up, whereas the remaining four still had delayed language. These early small-scale studies have since been confirmed by much larger population-based studies in the Netherlands and Australia.
The late-bloomer phenomenon was neatly demonstrated in a study just published in the British Medical Journal by an Australian team headed by paediatrician Prof Melissa Wake and speech pathologist Prof Sheena Reilly. They recruited children from a large population-based study, where parents were asked to complete a Sure Start vocabulary screening measure when their child was 18 months of age, as well as a child behaviour checklist. Around 20 per cent of children were reported as having no or very limited spoken words. 301 of these children were randomly allocated to intervention or control groups. The intervention, "Let's Learn Language", was based on a widely-used approach where parents are trained to adopt strategies to enhance communicative interactions with their child. The children were then given a detailed assessment at two years of age, and again at three years. Results were striking: there were no hints of any difference between children in the intervention group and control group on any language or behavioural measures, either at 2 years or at 3 years.
The study authors noted various strengths and weaknesses of their study. Among these they discussed the possibility that the intensity of the intervention (six weekly sessions, each lasting 2 hours) may not have been enough. But they went on to note that “the normal mean language and vocabulary scores achieved by both intervention and control children by age 3 years suggest that natural resolution, rather than our intervention’s intensity being too low, explains the null findings.”
They then point out the sobering conclusion to be drawn: quite simply, if you intervene with children who are likely to improve spontaneously, there will considerable waste of government’s and families’ resources.
Does this mean we should give up on early intervention? No. But it does mean that we need to target such intervention much more carefully. At present, one of the big questions for those of us investigating late talkers is to find characteristics that will allow us to identify those children who won’t make spontaneous progress. This has proved to be surprisingly difficult.
Another important message applies to intervention studies more generally. If you provide an intervention for a condition that spontaneously improves, it is easy to become convinced that you’ve been effective. Parents were very positive about the intervention program. There was remarkably good attendance, and when asked to rate specific features of the program and its effects, around three quarters of the parents gave positive responses. This may explain why both parents and professionals find it hard to believe such interventions have no impact: they do see improvement. Only if you do a properly controlled trial will the lack of effect become apparent, not because treated children don’t improve, but rather because the control group gets better as well.